Communication skills are considered fundamental in the workplace; but let’s take this a step further and consider the implications of applying these skills in a cross-cultural setting, and doing so ethically.

Effective communication involves expressing oneself clearly, being a good listener, using appropriate body language, and how a message is delivered and received. It is inherently a two way process. Communication operates through a system of customs and principles that are essentially determined by people’s culture. When the communicators don’t share these principles, a communication breakdown, or miscommunication, will typically occur. Of course there are various types of communication in the workplace: face-to-face, email, phone, etc. and for each of these the style of communicating will vary according to culture.

Webster’s Dictionary defines ethical as “conforming to an accepted standard of good behavior” and the Oxford Dictionary defines ethics as “a set of moral principles or code”.  Consequently, when we speak of ethical communication in the global workplace we see that cultural customs and principles affect both the communication style and the definition of what is considered ethical.

Let’s look at three areas where communication styles differ across cultures and how we can overcome some of the challenges presented and still ensure we maintain an ethical approach.

In concluding we can see that this is an extremely complex issue, but to begin the process of communicating ethically in the global workplace we should build awareness so we can anticipate the differences, and then observe and adapt, while still maintaining our own values and ethics. In fact, one could say that taking into consideration both your own and the other party’s cultural factors when communicating, in itself constitutes ethical behavior. 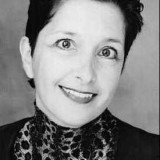